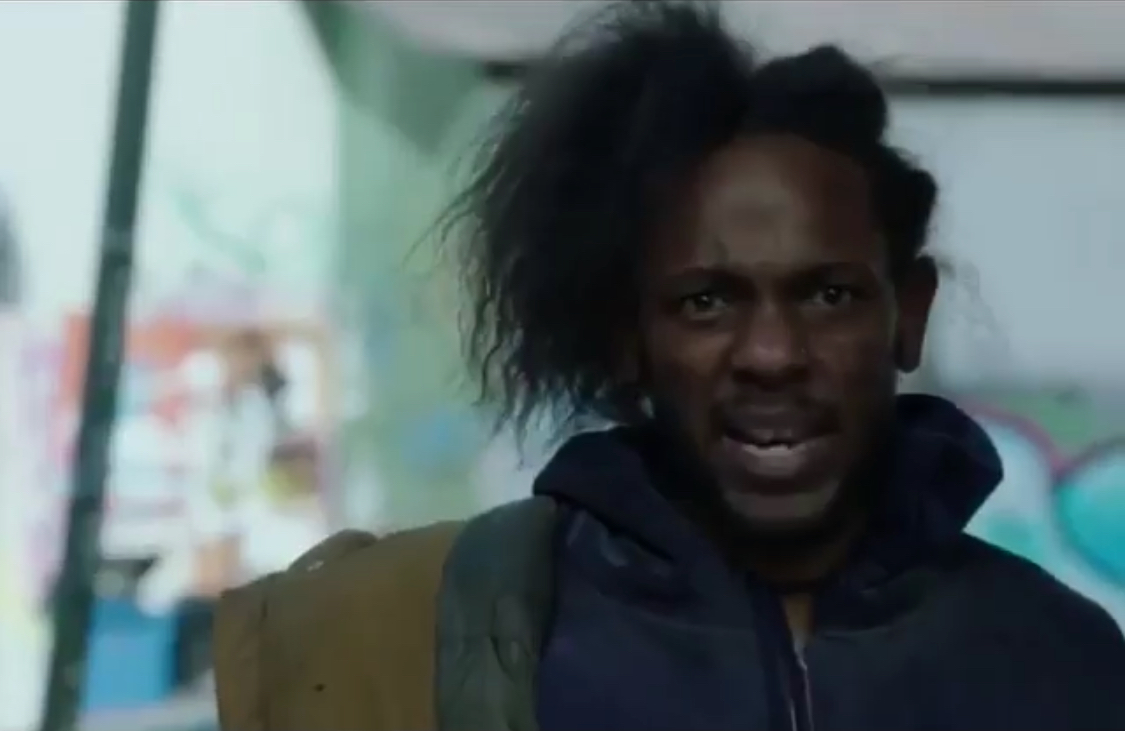 This past week  50 Cent posted a Power Season 5, Episode 5 trailer via Instagram, revealing a special guest.  With a chilling and shrill-like laugh as the main focal point of the trailer, fans speculated the return of Felipe Lobos or possibly Floyd Mayweather; – 50 Cent had been embroiled in a social media beef with the champ.  Soon after Starz tweeted that the special guest would be Grammy Award and Pulitzer Prize winner Kendrick Lamar.

Around 17 minutes into the episode Lamar erupts on the scene shouting “My N!gg@, My n!gg@, My n!gg@” as Kanon is exiting a bodega.  Lamar’s character, Laces is a Flakka addict who has characteristics of a typical crack addict but is quite the intellect.  Lamar’s character, Laces, attempts to sell used gift cards to Kanon; who rejects his offer.  Laces rebuttals with a few insults but suggests that Kanon buy a bike and the gift cards for $20.  This grabs Kanon’s attention just as he says “I gotta eat just like you Papi, these Spanish don’t want nobody to have nothing, just like you.”  But of course this interests K!  He, Ghost and Tommy are scheming on Cristobal, The Jimenez and Dre.

K tells him, he will take the bike and asks if he knows any Tainos to which Laces gives a demented stare and smile.  The next scene opens and you see Laces entertaining a member of the Tainos just as Kanon rides the Wizard of Oz, Dorothyesque bike up the block, ringing a bell.  Nonetheless, K shoots him and Laces asks if he can take his wallet?  Kanon says “I don’t give a fuck, you can take his shoes too.”  At this point you realize there is a real Villain / Sidekick dynamic to this new relationship.  And I think I like it!
Lamar makes 2 additional appearances as Kanon goes on a Tainos shooting spree.  In the final scene where the duo meets to wreak havoc, Laces assists Kanon with another Tainos kill.  After the mission is accomplished, Laces goes into an intellectually interesting soliloquy about Chickens evolving from Dinosaurs – which leads to a conversation about veganism.  Kanon thinks about killing Laces but instead he cleans the murder weapon and tells Laces to sell it.
Laces is a character far from what you’d think Kendrick Lamar would play as an actor, but still interesting.  He nailed it!
Creator and Executive Producer Courtney Kemp says that she talked to Kendrick Lamar about guest starring on the show.

“The rule is always on our show, that if you do a piece of guest casting it has to be the exact opposite of what you’re known for.  And he was so cool and open to like ok what is the thing that people do not think of you?  And he was like ‘well a crackhead.’  And I was like that sounds perfect and Kendrick totally contributed.”

Overall, the character is just as intelligent as Lamar in real life.  He put himself in a position of Power, just as Kendrick has been doing since the beginning of his career.  I have a feeling this may not be the last time we see Laces.  He’s the only one who truly understands Kanon and is just as twisted.