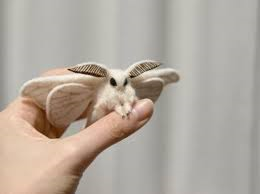 Nature is one of my favorite topics to talk about, but I never really get to because well…there are so many well established companies who talk about just that! But freaky nature, that’s something everyone in the world could talk about and it still wouldn’t be boring. Case in point, what you see above has been dubbed the “Venezuelan Poodle Moth” and for good reason. It looks weird, but kinda cute, and just all around freaky! I mean just look at it, it’s a fluffy bug! It’s so disgusting but you just want to pet it, or at least you should. And because this thing is so quirky, it’s taken the internet by storm. There are memes and jokes and everyone’s having a good time talking about it, and they all agree this is just about the strangest thing they’ve ever seen. 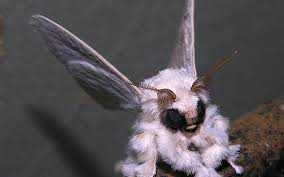 Whether they believe it should be killed with fire or cuddled with though is a completelydifferent story! And you know what else people can’t agree on? Whether or not this thing actually exists! There aren’t too many photos of them online, and that’s because their either extremely rare, or a complete hoax!

They were apparently discovered by a cryptozologist…if you don’t know what that is google it, because it’s a a story all by itself.  Either way, he found it in the forests of Venezuela, took a photo, then went on about his way. And to this day no one has ever run into another one. Most people would assume that it’s a hoax and he just made it up then, but there’s just one problem with that. There are over 6,000 species of moth in the same family as this one, so it could very well exist, and just be extremely elusive. Whatever the case may be, if you ever happen to run into a furry little bug, you might want to take a coser look and see if it’s this strange little guy. 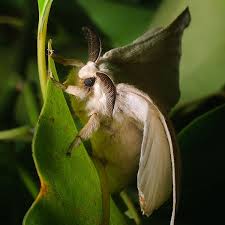