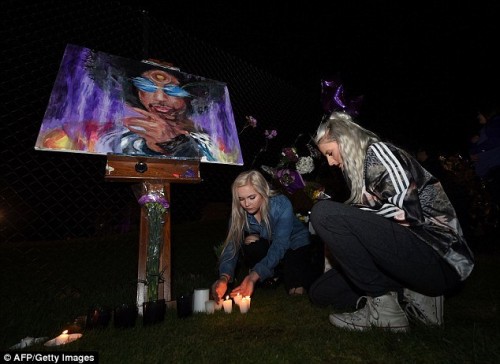 If you haven’t heard the news of Prince’s death by now, I don’t know what rock you’ve been under.   A true icon in every sense of the word, Prince’s music is loved by many. So much so that a day later people are still in disbelief.

Prince is one of those celebrities who not only has timeless music, but doesn’t look as if he has aged 1 bit.  You’ve gotta understand why it’s hard to believe the icon has passed at the age of 57.  The news of the Purple Ones death spread like wild fire via social media.   From memorable moments to RIP messages…  It’s only right that The Skinny NYC give you our top 10 Social Media reactions to Prince’s Death.

Niagara Falls was beautifully lit up in purple tonight to pay respect to a true legend! #PrinceRIP pic.twitter.com/64sEfZvrZy

Prince’s influence was felt by all, whether you make music or just listen to it. Such amazing memories being shared

One of the greatest Super Bowl Halftime performances of all-time. #RIPPrince https://t.co/B6aHzYUCoG